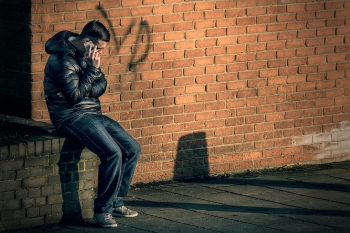 What would it take for your child to admit to doing something they did not do? The answer to this question for five families is explored and answered in the recent Netflix series titled “When They See Us,”. The series, which revisits a 1989 case where five minority teenagers, known as the “Central Park Five”, were wrongfully accused, convicted, and imprisoned for brutally beating and raping a white woman who was jogging in New York City’s Central Park. The series displays in shocking detail how vulnerable kids and their parents are when they do not know their rights.

The truth of their innocence became known when, twelve years after the convictions, the actual assailant confessed. The assailant, a serial rapist and murderer much older and unknown to any of the boys, described to law enforcement in detail how he alone committed the attack and rape of the jogger. Subsequent DNA tests revealed that his DNA, and only his DNA, was present on and near the victim. The New York District Attorney set aside the convictions and dropped all charges upon re-opening the case in 2002.

So why would five innocent boys, who had never been in trouble before, ever confess to committing such a heinous crime?

As background, the boys had been with a much larger group of kids who committed several assaults and batteries in the park that fateful evening. However, it appears none of the accused had participated in those crimes. Nonetheless, these five boys were taken into custody for questioning. Just as they were about to be processed through family court for essentially non-criminal mischievous behavior in the park, an overzealous, and many would allege racist, prosecutor intervened saying that a white woman had been brutally attacked and raped that night as well. The boys, four black and one Hispanic, are then targeted as suspects in the rape. The show suggests that even in the absence of any physical (DNA) evidence or witness testimony linking any of them to the crime, they were all interrogated. Some parents were called, others were not. Of those that did arrive at the police station, most were convinced to leave their kids alone to be questioned and at least one parent was threatened to get his son to confess. All five of the boys who initially professed their innocence, were broken down over the course of 24-48 hours of interrogation where they were kept without sleep, food, adequate water or restroom breaks, and sometimes subjected to threats, intimidation, and even beatings. Some may say this is exaggerated for TV, but the bottom line is that five boys, who had nothing to do with the attack and rape, all signed false confessions before the interrogations were over.

This example may be extreme, but it illustrates the importance of knowing your rights as a parent and educating your children about their rights.

So what should children do if confronted with being questioned about a crime by the police? What should parents teach their kids about their rights and how to exercise them?

FIRST: REMAIN SILENT. You have likely heard the statement “you have the right to remain silent”. This is true. You and your child have the right to NOT offer any statements or answer any questions. You do not have to speak at all. Exercise this right and coach your child to remain silent even under stress and pressure from law enforcement. The reason for this is you and your child are at an extreme disadvantage while being questioned by law enforcement and there is little to no benefit, potentially great detriment, to offering statements. Advise your child that if he or she finds themselves in this situation to stand strong in their request to not speak until a parent is present and not give in to any promises made to them or threats made against them or their family. Also tell them that they must personally see and hear you give permission to answer any questions. Do not believe that you or your lawyer is “just outside and said it was ok to answer”. Investigators may try to trick kids and parents into answering when they absolutely should remain silent. Do not get tricked. The bottom line is your child should remain silent until a parent arrives. Advise your child that if you have not arrived within a specified reasonable amount of time (for instance the time it would take you to get to the school or police station from work) they need to ask to leave. This hopefully will prevent the situation where a parent is not contacted and then hours later a child is told the parent refused to come or said to go ahead and they will be there soon.

NEXT: ASSESS. Once you are there with your child, you can assess the situation by asking questions yourself to law enforcement to try and evaluate what is going on. Do this without allowing your child to speak and do not give in to any promises or threats. Ask to speak with your child privately outside if necessary. If they say you can do so in the interrogation room, do not do it. You are likely being recorded. Only speak to your child outside and in private.

FINALLY: LEAVE. There comes a point where law enforcement must allow you and your child to leave, or arrest your child because they have sufficient evidence to do so. Where this point lies is a grey area in the law, as law enforcement is allowed a “reasonable” amount of time to investigate. Generally speaking an hour is long enough. Staying beyond that suggests you and your child are being manipulated to believe you have no other choice but to stay when you could have actually left long ago. Therefore, the final question to ask is if you are free to leave with your child. This is a yes or no question; demand a yes or no answer. If they say yes, it means they do not have enough evidence to arrest your child and you need to leave immediately. By keeping your child there, they are simply trying to get a statement from your child to use against them, or extract enough information to give them the evidence needed to arrest them. If they say no, then force the inevitable arrest to stop the questioning. It is most likely that the officer has already decided if they are going to arrest your child or not; forcing the issue of leaving will not change this even if they make you promises to the contrary.

ALWAYS: CONTACT A LAWYER. If you are allowed to leave with your child, contact one of our experienced juvenile criminal defense lawyers immediately. Odds are they will find another way to file charges against your child. If they do arrest your child, remind your child to remain silent and tell them you will get them released as soon as possible. Your child will likely be processed and released to you relatively quickly. While this is happening, contact one of our experienced juvenile defense attorneys so we can get involved immediately. The good news is that your child will not have made any incriminating statements that the police and State Attorney can use against them, and we will be there with you to fight against whatever allegations are made. The quicker we can get involved, the better the outcome will be.

Share this with your child TODAY. They need to know this information in case they are pulled out of science class one day or stopped while riding bikes with their friends. You never know what kind of situation they may find themselves in unexpectedly, like in the case of the Central Park Five. Your kids need to know not to say anything and demand that you be called and physically present with them.

Please share this post with anyone you know who has kids. Knowledge is power, and it is the best way to keep them safe.

For more information about juvenile rights in Florida, contact Albaugh Law Firm today and schedule a free consultation; And save our number, 904-471-3434, in case you and your child ever need us.

By Albaugh Law Firm | Posted on June 20, 2019
« Can I Make Large Purchases Before or After Filing for Bankruptcy?
What Are Florida’s Peeping Tom Laws? »
Skip footer and go back to main navigation