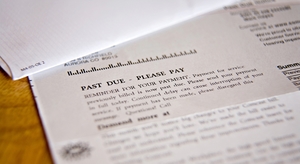 Democrat Senator Elizabeth Warren has become the latest voice in a growing number of advocates calling for reform of the debt collection industry, reprimanding the US Department of Education for sending debt collectors to pursue money from 80,000 students who were defrauded by a for-profit school. In a letter to US Education Secretary John B. King Jr., Senator Warren recently called out the department’s “draconian” and aggressive debt collection actions, citing their focus on partnering with loan servicers rather than following through with their promises to expedite the students’ relief from their loans as entitled under federal law.

Traditional wage garnishments, tarnished credit, and legal problems can ruin a borrower’s life, along with the constant harassment of collection efforts. “Debt collection is a serious issue for people,” Massachusetts Attorney General Maura Healey recently commented. “As more and more people are facing debt, due to failed mortgages, student debt, credit card debt, it’s important that our regulations are followed.”

Lawmakers in Massachusetts are considering rules which would prohibit debt collectors from pursuing civil arrest warrants against debtors, as well as capping the collections of older debts and further limiting wage garnishments.

While change may be incoming, the issue of debt is still a harsh reality for thousands of Americans. If you are the defendant in a debt collection lawsuit or are being harassed by an aggressive creditor, contact the Jacksonville and St. Augustine debt defense lawyers at Albaugh Law Firm. Backed by more than 70 years of combined legal experience, we have what it takes to help you eliminate your owed debts and protect your rights as a consumer.

To find out more about how we can assist you, schedule a free consultation online today.

By Albaugh Law Firm | Posted on October 20, 2016
« Is the National Debt Really Something to Worry About?
Tips to Fix Your Credit Score After Bankruptcy »