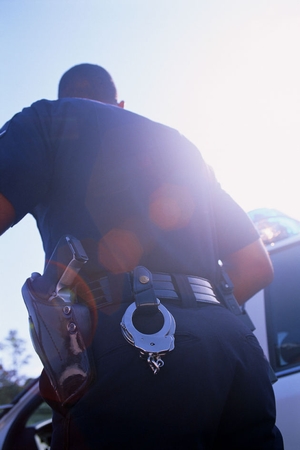 Most people have heard the term Miranda Warning and have at least a general understanding of what it means from watching movies or television. Some of you may even be able to recite all or part of it:

As a criminal defense attorney most of my clients have recently been arrested for a crime. Many of them bring up that they were never read their Miranda rights. They want to know if that means the case will be dismissed or what other impact the failure of law enforcement to read them their Miranda Rights has on their case. The answer is that an officer’s failure to advise a person of their Miranda rights during an arrest may have a huge impact on the case, but probably not in the way most people would expect.

The right to remain silent and the right to an attorney are collectively known as “Miranda Rights” and come from one of the most famous criminal cases in the history of the United States Supreme Court; Miranda v. Arizona. The Miranda case dates back to the early 1960s and involved a defendant charged with a serious felony offenses. After his arrest, the defendant was interrogated for two hours without a lawyer present and without being told he had the right to remain silent and that his statements could be used against him in court. At the close of the interrogation the defendant wrote out a written confession which was later used against him at trial. Counsel for the defendant objected to the admission of the confession into evidence claiming it was not given voluntarily and should therefore be excluded, however the trial court disagreed. The jury was allowed to read the confession and subsequently convicted the defendant.

The trial court’s decision was appealed by the defense, but the Arizona Supreme Court affirmed the trial court. The defendant then appealed the Arizona Supreme Court’s decision to the United States Supreme Court. The US Supreme Court ruled that due to the coercive nature of the custodial interrogation by police, a confession obtained without clearly informing the defendant of his Fifth Amendment right to remain silent and Sixth Amendment right to a lawyer would be inadmissible. As a result the defendant’s conviction was overturned and his case was sent back to the trial court to be retried without use of his confession. This decision by the US Supreme Court required that from then on law enforcement must advise people who are arrested of their right to remain silent and their right to have an attorney (rights now known as “Miranda rights”) if they want to ask the person arrested any questions.

This means that if an officer arrests someone they are not required to read the person their Miranda Rights, and the failure to do so will not result in a dismissal of the charges. It also means that if the person arrested just starts talking on the ride to the county jail and confesses to committing a crime their confession CAN be used against them. This is because the officer did not initiate the questions or seek any answers from the person arrested.

On the other hand, if an officer starts asking you questions that would tend to incriminate you, your answers to those questions can be suppressed if you were not read your Miranda Rights. Keep in mind that if you are informed of your rights and knowingly, intelligently and voluntarily waive them and decide to speak with law enforcement, the statements you make may be used against you. In this situation, the old movie theater slogan “Silence is Golden” should be your mantra.

The lesson to take from this is that if you find yourself being questioned by police you should politely refuse to answer any questions and inform the officer that you would like to contact a lawyer. Then call the Albaugh Law firm and wait for help to arrive.

By Albaugh Law Firm | Posted on May 1, 2015
« Search & Seizure – Part 2: Know Your Rights!
4th of July in Florida: Barbecues, Fireworks and DUI Checkpoints »
Skip footer and go back to main navigation