4th of July in Florida: Barbecues, Fireworks and DUI Checkpoints 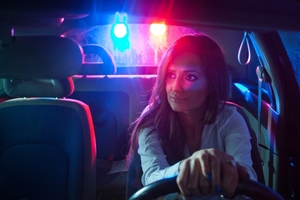 4th of July brings many residents of St. Johns County and people across the state together to celebrate the birth of our great nation. Family and friends gather for trips to the beach and backyard barbecues. Many Floridians choose to responsibly enjoy a cocktail or two or a few beers during the holiday, however some end up overindulging. While drinking a little too much is not a crime in and of itself, getting behind the wheel when impaired by alcohol is. Driving after having too much to drink certainly is a crime and makes traveling on the roads and highways of St. Johns County more dangerous than normal. In an effort to combat driving under the influence (DUI) on major holidays where alcohol consumption is common, like the 4th of July, law enforcement in St. Augustine and elsewhere frequently set up roadblocks or DUI checkpoints in an attempt to catch people driving after having too much to drink.

A DUI checkpoint is typically manned by a task force of law enforcement officers from several neighboring agencies and is set up in a high traffic area. Vehicles are detoured from the road through the checkpoint to allow the attending officers to make contact and briefly detain the driver to examine his driver’s license and other paperwork, as well as to check for signs of impairment. If the driver’s paperwork is in order and he does not demonstrate any signs of impairment he will be allowed to continue on his way. If, however, the driver appears to be under the influence of alcohol or drugs he will be further detained so law enforcement can conduct a DUI investigation. If, after conducting a DUI investigation, law enforcement feels the driver is driving under the influence of alcohol or drugs the driver will be arrested and charged with DUI.

Many people ask how DUI checkpoints are legal. This is a very valid question. On their face DUI checkpoints certainly appear to violate a person’s right against unreasonable searches and seizures guaranteed by the Fourth Amendment of the United States Constitution. This is because a driver of a vehicle is stopped and investigated without any probable cause that a traffic infraction was committed or reasonable suspicion that a crime was being committed. When addressing this issue the courts have held that driving is a privilege, not a right, and that the State has the authority to safeguard its drivers and the general public through the use of DUI checkpoints. Recognizing that these DUI checkpoints do involve the stop and detention of motorists without a suspicion of wrongdoing, the courts put in place requirements for how a DUI checkpoint must be set up and operate in order to strike a balance between the driver’s right against unreasonable searches and seizures and the State’s interest in keeping the roads safe. Specifically, the courts have held that prior to a DUI checkpoint being utilized; a written set of guidelines must be issued. These guidelines must outline as many of the operations of the DUI checkpoint as possible, including how vehicles are selected (for example every other vehicle when traffic is light, every third vehicle when traffic is moderate and every fourth vehicle when traffic is heavy), which duties will be performed by the respective officers and how vehicles will be disposed of following the investigation. The idea is to limit the amount of discretion an officer has and to make the DUI checkpoint a neutral process where vehicles are chosen randomly.

How to Survive a DUI Checkpoint in Florida

So what should you do if you find yourself headed into a DUI checkpoint after having a few drinks? Here, your approach to the situation will essentially be the same as if you had been stopped while driving. You will need to provide your license, registration and proof of insurance to the officer, but do not make the mistake of answering any of the questions that are likely to follow, such as where you are coming from and what and how much you have had to drink previously. Statements you make in response to those questions will likely come back to hurt you in the event you are arrested for DUI.

If you are asked to perform field sobriety exercises (FSEs), you may want to consider refusing the officer’s request. As mentioned in our DUI blogs, performing FSEs is a dangerous proposition. The exercises are difficult under any circumstances and should you perform poorly you will be providing the State with evidence of your impairment that can be used against you. Although the idea is that the FSEs are designed to either confirm or dispel an officer’s belief that a driver is impaired, it is important to remember that you are asked to perform the exercises by an officer who already has some suspicion you are impaired. Given that, expect the officer to scrutinize your performance of the FSEs closely and look for things to confirm his suspicions, rather than evaluating you objectively and without any preconceived opinions.

Can I refuse to take the tests?

If you refuse the FSEs or perform them and are arrested for DUI you will be asked to give a sample of your breath to determine your breath alcohol content. As with the FSEs, this is dangerous ground. To convict you of a DUI the State needs only to prove that you were driving a motor vehicle while you are either impaired or while you have a breath alcohol content over .08. Whether a person was driving a vehicle is usually not at issue in a DUI checkpoint case. The key issue is usually whether that person was impaired. If you give a breath sample above .08 you have given the State the evidence they need to prove you were impaired and likely convict you of DUI. Don’t make that mistake. The Department of Highway Safety and Motor Vehicles will suspend you driver’s license for refusing to give a breath sample, however, that is almost always better than setting yourself up for a DUI conviction.

DUI checkpoints are used often around the holidays. Your best bet is obviously not to drink and drive, but if you find yourself in a DUI checkpoint after having a few (or a few too many) apply what you have learned in this blog. Refuse the FSEs and breath test and call the Albaugh Law Firm as soon as you are able. Enjoy this beautiful holiday weekend and know we are here to help if you need us.