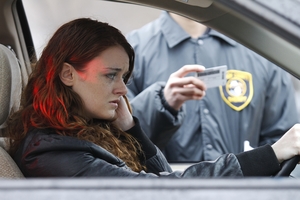 If you don’t know your rights, you cannot exercise them to protect yourself. In part two of our blog on search and seizure, I will focus on street encounters with law enforcement. As a criminal defense attorney people always ask me about their rights if an officer comes up to them on the street and asks them questions without a reason to do so. They wonder if they have to answer, if they can walk away without answering, or if they can take off running.

To properly analyze your rights during a street encounter with law enforcement it is important to point out that for criminal law purposes, there are three types of police encounters:

A Consensual Encounter is just like it sounds. It is when an officer approaches you on the street and asks to speak to you without probable cause, or even a reasonable suspicion you have committed a crime. The officer may have a hunch that you are up to something he can’t explain or he may just want to ask you where you are coming from or where you are going. Regardless, nothing prevents an officer from approaching you and asking you questions. If the officer does not have a legal justification to detain you and you agree to speak with him, the interaction will be deemed a consensual encounter. Meaning, you are willing to participate in the conversation without legally having to do so.

A former client correctly exercised his right to walk away from an officer who was trying to talk to him. The officer became upset, and forcefully restrained my client from walking away. This conduct by the officer was illegal. My motion to suppress the marijuana pipe found in my client’s pocket was granted and the prosecutor had to dismiss the case.

Because the officer has no legal basis to stop you, the encounter will go on only as long as you want it to. Keep in mind that in this situation the officer does not need to advise you of your right to remain silent, as you are not in police custody. If you do not want to speak with the officer you are free to not respond to any questions and walk away. The risk you run if you do voluntarily speak to the officer is that if you say something or the officer observes something that gives him a reasonable suspicion of your involvement in a crime, the officer will be justified in detaining you to investigate that suspicion. At that point the consensual encounter will become an investigatory detention and you will no longer be free to leave.

If an officer has a reasonable suspicion you have committed, are committing or are about to commit a crime, he may temporarily detain you long enough to investigate that suspicion. If during the detention the officer establishes probable cause to believe you have committed a crime you may be arrested. If he does not you must be released. There is no per se definition of what a “reasonable suspicion” is, however in the U.S. Supreme Court case of Terry v. Ohio, [392 US 1 (1968)], ruled that reasonable suspicion requires “specific and articulable facts which, taken together with rational inferences from those facts, reasonably warrant” a detention.

If in doubt, walk away. If the officer stops you from walking away and you are ultimately charged with a crime we can file a motion to suppress like we did in the example above. As I have discussed in other blogs, my goal is to arm you with information to protect yourself and to help me help you if the need arises.

Do I have to consent to a pat down?

Another question people often ask is if the officer can pat them down or go into their pockets. If during an investigatory detention the officer reasonably believes you are armed and a danger to the officer or others, that officer may pat down the exterior of your clothing (or “frisk” you) to check for weapons. Keep in mind that the purpose of this pat down is to check for weapons, not to search you for drugs or other contraband. That means that if the officer discovers a cigarette pack in your jacket pocket during the frisk, he generally may not seize or open the pack because it is not a place where a weapon could be stored. However if during that pat down the officer discovers contraband and can determine what it is by its “plain feel”, he may seize that contraband. This is a tricky area as courts have ruled that an officer may not squeeze or manipulate an item discovered during a pat down to determine what it is, unless the officer is unable to determine the item is not a weapon. Again, the purpose of the pat down is to check for weapons and to ensure the officer and public’s safety, not to circumvent a person’s Fourth Amendment right against unlawful search and seizures. As you probably expect, if the officer discovers a weapon during a frisk, he may reach into your clothing to retrieve that weapon.

Generally an officer does not have to advise a person of their right to remain silent before questioning them during an investigatory detention. However there have been instances where a person has been detained in a sufficiently restrictive manner to transform the investigatory detention into an arrest requiring Miranda warnings before questioning. Regardless of the situation, remember that just because an officer has not advised you of your right to remain silent it does not mean you have to answer his questions. In this circumstance you must remember that the officer is detaining you because he believes you are committing or have committed a crime, and you must be very careful about what you say if you choose to speak with the officer. Saying the wrong thing may give the officer probable cause to arrest you and result in you being taken to jail.

If an officer has probable cause to believe you have committed a crime, that officer may generally place you under arrest and take you into custody. The U.S. Supreme Court has defined probable cause as “facts and circumstances within the officer’s knowledge that are sufficient to warrant a reasonable person in believing, in the circumstances shown, that the suspect had committed, is committing or is about to commit an offense”.

If you are placed under arrest you will be taken into custody. In some cases, such as for a minor misdemeanor offense or when the suspect has not previously failed to appear for court, the officer may issue a written notice to appear and release the suspect at the scene of the arrest. This is a relatively good ending to a bad situation, however it is not the norm and the vast majority of arrests result in a trip to jail.

Once you are arrested law enforcement may search you incident to arrest without any additional probable cause. If you are arrested while driving a vehicle, for a DUI or driving on a suspended license for example, in addition to searching you, the officer may also impound the vehicle and perform what is called an “inventory search”. An inventory search is just what it sounds like. The officers will go through your vehicle and inventory its contents before impounding it. The purpose of this is to avoid false claims of missing valuable property by a person reclaiming their vehicle following an arrest, but it also serves as a valuable tool for law enforcement to uncover additional evidence to use against you. If additional evidence of a crime or contraband is found during a search incident to arrest or an inventory search of your vehicle, that evidence will usually be admissible against you in court.

If law enforcement attempts to question you following an arrest, you must be advised of your right to remain silent. You may elect to waive your right and answer the officer’s questions, but my advice in these situations is to remain silent. Once you are arrested there are no magic words you can say to make the handcuffs disappear and the jail door swing open, so the better move is to answer no questions and ask for a lawyer.

If you aren’t comfortable just walking away, a good way to tell what type of encounter you are having is by the way the officer approaches you and what he says. An officer without a reasonable suspicion of your involvement in a crime must be careful not to use words or actions that would make a reasonable person feel they are not free to leave. In this scenario, it is common for the officer to say things like, “can I talk to you” or “do you mind if we speak for a minute”, as opposed to “hold it right there” or “come over here”. Law enforcement has been trained to use clever wording to make a request sound like a command and to prey upon the average person’s ignorance regarding their rights against unlawful detentions, so more often than not it will be very difficult to know exactly what type of situation you are in.

As elementary as it sounds, a good way to help determine what type of situation you are in is to ask. If you are approached by law enforcement and do not want to speak with them, before you say anything else ask the officer if you are free to leave. If law enforcement indicates you are free to leave you know you are ending a consensual encounter. If you are not free to leave you know that you are being detained due to the officer’s belief of your involvement in a crime. As stated above, in this scenario your best course of action is likely to refuse to answer any questions.

At the Albaugh Law Firm we are all former prosecutors and have seen thousands of cases where people don’t exercise their rights and it results in charges being filed against them. Know your rights, walk away from encounters, and don’t answer any questions until you have consulted with a knowledgeable and experienced criminal defense attorney. If you have questions about search and seizure or any other criminal law issue give us a call today. We offer free consultations and are happy to discuss your situation.