Three Strikes and You Walk: Driving While Your License Is Suspended in Florida 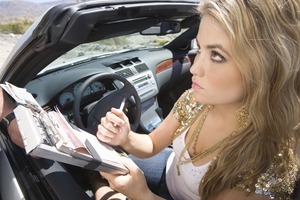 Perhaps the most common driving offense in Florida involves operating a motor vehicle with a suspended license. I have represented clients of all ages and from all walks of life in St. Johns, Duval, Flagler and Volusia Counties in suspended license cases that ranged from civil traffic infractions to felonies. This blog will examine the different reasons a person’s driver’s license may be suspended, as well as the different ways the State of Florida may prosecute a person charged with driving on a suspended license. Florida’s Habitual Traffic Offender Statute and it’s relation to suspended license offenses will also be discussed.

A person may have their driver’s license suspended for a variety of reasons, such as:

Driving While License Suspended Without Knowledge

The first determination the State must make when deciding how to prosecute a driving on a suspended license offense is whether the driver was aware their license was suspended. This distinction is critical because it means the difference between being charged with a civil infraction if there was no knowledge of the suspension or a criminal offense if the driver was aware of the suspension. If charged with the civil infraction of Driving While License Suspended Without Knowledge a person will have to appear before a traffic magistrate and faces the possibility of being fined, having to complete a driving school and / or having their license further suspended if convicted. However, if a person is charged with the criminal offense of Driving While License Suspended With Knowledge they will be required to appear before a judge and face the possibility of being placed on probation and/or being sent to jail or even prison depending on the circumstances.

What is the penalty for driving with a suspended license in Florida?

For a person charged with a criminal offense, the next determination the State must make is how to punish them if convicted. In the majority of cases where a person’s license is suspended for unpaid tickets, failing to pay court costs or similar reasons the State of Florida wants to see the person reinstate their license and will often reduce, or in some cases even dismiss, the charge if they are able to obtain a valid license. If the offender is not able to reinstate their license it is common for them to end up paying a fine, and occasionally end up on probation. However, if the person’s license is suspended for a DUI or drug conviction, a point suspension or due to their designation as a habitual traffic offender, or if the person has a history of driving on a suspended license, the prosecutor will usually seek a jail sentence in the case regardless of whether a valid license can be obtained.

Aside from the immediate consequences, a conviction for driving on a suspended license in Florida can place a person in jeopardy for being labeled habitual traffic offender. Florida Statute 322.264 defines a habitual traffic offender, for these purposes, as someone who has been convicted of driving while their license was suspended or revoked three times within a five year period. The reality is that in some cases you may not even have to be convicted to have a suspended license offense count as one of your three strikes toward habitualization. If you are charged with the civil infraction of Driving While License Suspended Without Knowledge you must be convicted (adjudicated guilty) for the offense to count as one of your three strikes. However, if you are charged with the criminal offense of Driving While License Suspended With Knowledge and resolve the case with a plea to that charge the offense will count as one of your three strikes regardless of whether the court withholds adjudication or adjudicates you guilty.

What happens if you’re caught driving while your license is suspended?

If you are designated a habitual traffic offender your driver’s license will be revoked for five years. If you are caught driving during this time the State may be able to charge you with a felony punishable by up to five years in prison. I tell all my clients who have been designated as habitual traffic offenders not to drive and about the serious consequences they face if they are caught behind the wheel. To illustrate this point I give them my “limousine speech”. Basically I tell them that if they need to go somewhere and they don’t have a person with a valid license to drive them, rather than driving themselves and risking being caught they should take a limousine. That comment almost always draws a laugh, however it is no joke and more than one of my clients has found that out the hard way. I explain to them that if they are caught they will be arrested, charged with a new criminal offense, taken to jail and their vehicle will be impounded. By the time they post bond, hire a lawyer and pay to have their vehicle released from the police impound the limo would have been cheaper, and they still will likely have court costs to pay. To put it simply it’s just not worth the risk.

If your Florida driver’s license has been suspended or if you are facing a charge of driving on a suspended license call or take a limousine ride to the Albaugh Law Firm and talk to one of our knowledgeable traffic ticket attorneys about what can be done to get you driving legally again. We know how to petition the court to modify your driving record and get you driving legally again. Call today for a free consultation with one of our attorneys.