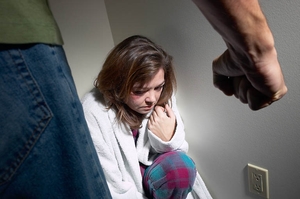 NFL Commissioner Roger Goodell recently announced that any NFL player who is found to have engaged in domestic violence, among other crimes, will be suspended for six (6) games without pay for a first offense. A second offense will result in a minimum one year suspension.

This is a good thing, right? Tougher penalties will reduce the instances of domestic violence, won’t they? To determine the answer we have to look at both sides of the equation: players committing less acts of violence against their significant others; and, significant others reporting abuse when it occurs.

Enough high profile athletes have lost millions in salary and endorsement deals as a result of committing abuse. However, it seems like we hear about another example of it happening almost weekly. This seems especially true of football players who, let’s face it, are highly paid to physically abuse one another on a weekly basis. Aggression is a way to success in their business; the way they make a living. That in a moment of anger in their personal life they will stop and reflect on the potential consequences rather than act out in their “natural” way, is unlikely. Instead, they have historically committed the act, tried to keep it from going public, hired a high profile attorney if it does, and begged the league for leniency in their penalty. For a recent example take a look at the case of Ray Rice knocking out his fiancée at a NJ casino. In case you don’t know how that story ends, she still married him.

But why would a woman put up with being abused? The average salary of an NFL player is $1.9 Million per year. Now assume you are the wife or girlfriend of an NFL player, who is making the NFL average, and maybe a little more in endorsement deals. In addition to the wealth, you are enjoying the lifestyle that goes along with being with a local, if not national, celebrity. Things are going well until one day when he gets upset over a Facebook message or text you send or receive from another guy or the way your gaze lingers on another man while out at a club or restaurant. He expresses that anger by grabbing you, slapping you, hitting you, or worse. What do you do now that you know if you tell anyone he will be suspended for 6 games without pay? For your average NFL player, that is going to cost him a little over $700,000. You do the quick math and given that price tag, I submit you will likely do what women who are financially dependent on men of every socioeconomic level do: quietly take the abuse and not report it.

The NFL, like many other companies is taking this harder line on domestic violence by its players. However, given the real life financial impact it will have on the women abused, I feel this change will actually have a chilling effect and lead to fewer reports rather than more.

As a domestic violence prosecutor and now as a defense attorney that regularly handles cases involving domestic violence, I can say that the single most common reason for charges of this nature to be reduced or dismissed altogether is a victim who does not want to go forward with the case after figuring out what the financial impact on her and her children will be. So while I believe the NFL has their heart in the right place, by increasing the cost to players by lengthening their suspensions I think the league will unfortunately cause an even higher number of wives and girlfriends to turn the other cheek rather than seek help for themselves and their abusers.