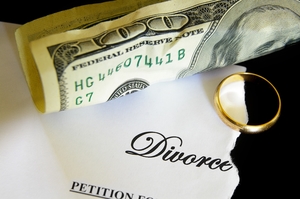 One of the most important determinations a court must make during divorce proceedings is the appropriate award of alimony due to a party in the inferior financial position following a divorce. Alimony is money paid from one former spouse to another following the dissolution of a marriage, and the purpose is to ensure both parties enjoy a standard of living reasonably close to that which they enjoyed during the marriage. Alimony may be paid temporarily or permanently and by periodic payments or in a lump sum.

When determining the amount of an alimony award the court examines the need of the party seeking alimony and the ability of the non-seeking party to pay. The length of the marriage and the party seeking alimony’s decision to stay at home and allow the other party to attend a graduate program or build a business are also factors the court must consider in order to reach a fair alimony figure. Clearly the alimony needs of a wife with an advanced degree who worked full-time during a two year marriage will differ substantially from a wife of twenty five years who decided to forego a career to raise children and support the husband in his professional endeavors. The former maintains the probability of finding viable employment and being self-sufficient following the dissolution of a short-term marriage, while the latter presumably has not worked nor attended school in over two decades. She will face numerous obstacles attempting to re-enter a workforce which bears little to no resemblance to the one she left many years ago to care for her family. In recognition of scenarios like this, the courts have created a presumption that permanent alimony is the proper award following the dissolution of a long-term marriage, especially in cases where one spouse assumes the role of homemaker while the other assumes that of the breadwinner.

Mistakes like this happen and can be devastating to the party seeking alimony. If you are thinking about filing for divorce and have questions regarding alimony, child support, time sharing, or any other divorce related issue, contact the Albaugh Law Firm to ensure your rights and future independence are protected. Call today for a free consultation.