Can I Obtain a U.S. Passport with a Felony Record? 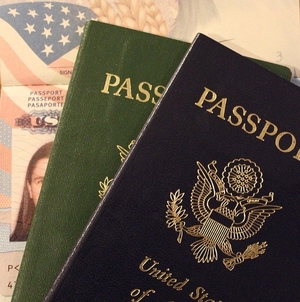 Many, if not most Americans end up traveling abroad at some point in their lives. After all, it’s very common for people to travel overseas to visit family, for their jobs, or for vacation. If you were previously convicted of a crime, as a term of your probation or parole, you may have been prohibited by the court to leave Florida, let alone the country.

Why? Because U.S. passports are merely identification documents that show citizenship; they do not contain people’s criminal record information. Convicted felons should not run into trouble obtaining U.S. passports unless there is an active warrant for their arrest or they’re facing felony charges.

Reasons a U.S. Passport Can Be Denied

If you’re a convicted felon and none of the above apply, you may not have any issues obtaining a U.S. passport, however, not all countries let people in with criminal records. Canada, for example, doesn’t let people with DUIs, even misdemeanor DUIs enter the country. So, our advice is to do your research first and make sure the country you want to visit won’t prohibit you from entering because of your criminal record.