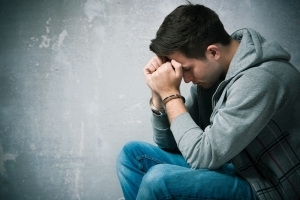 This two-part blog will explore the unique issues and opportunities related to people arrested for the first time. In Part 1, I will discuss how to best cope with the stress of your first arrest and the steps to take to ensure that you are not only protected now, but also in the future. In Part 2, I will discuss the eligibility requirements to seal or expunge your criminal history record, and the importance of hiring an experienced attorney to do so for you.

Part 1: From Arrest to Disposition

As a criminal defense attorney in St. Augustine, Florida, I have represented hundreds of clients who call me after being arrested for the first time. Their ages and backgrounds vary as much as the charges they are facing, but I will use two memorable clients to help illustrate my points:

M.M. was a 21 year old Flagler College senior who was visiting friends at their house on St. Augustine Beach. M.M. had never been in any type of trouble before and was due to graduate in less than 2 months. Unfortunately, after a few drinks M.M. had a lapse in judgment and took a laptop from the seat of a parked car. Someone saw him take it and called the police. When the officers arrived, M.M. tried to run away but was quickly caught. M.M. was arrested for felony burglary of a conveyance and misdemeanor resisting arrest without violence. That night, M.M. sat in the St. Johns County Jail believing his entire future was ruined; that he would not graduate, get the job he had been offered, and instead would spend the summer in jail.

Another client, J.S. retained me to represent her after she was arrested for the first time after leaving Wal-Mart without paying for the items in her cart. She was 46 years old and had recently received her nursing degree so she could go back to work after being at home with her kids for 19 years. The loss prevention officer promised her he would not contact the police if she just came back in and paid for the items; he lied. J.S. found herself charged with petit theft and her professional license in jeopardy.

To be a good criminal defense lawyer you must be a good listener. When I speak to people who have been arrested for the first time I can hear the stress in their voices. Almost across the board, people who find themselves charged with a crime for the first time, the experience is terrifying. Uncertainty regarding the legal process, the ultimate outcome of the case and the effect it could have on the future are tremendous sources of anxiety and stress for them. The ultimate goal of every case is to get it dismissed, and the good news is that many people arrested for the first time are eligible for Diversion; a program that if successfully completed “earns” the coveted dismissal. I represent cilents in in St. Johns, Flagler, Volusia and Putnam County, which collectively make up the Seventh Judicial Circuit of Florida, and I find that this is often a good outcome to my clients’ cases.

Diversion is available in both misdemeanor and felony cases. However, it is called different things. A person facing a misdemeanor charge in the Seventh Circuit, depending on the nature of the offense and that person’s history, may be offered a form of diversion called a Deferred Prosecution Agreement, referred to as a “DPA”. A DPA is essentially a contract between the person and the State Attorney’s Office in which the person agrees to complete certain conditions, and upon successful completion of those conditions, the State Attorney’s Office agrees to dismiss the case. DPAs are offered for a variety of misdemeanor offenses, however they are generally not offered to people who have been arrested more than once.

What is a Deferred Prosecution Agreement?

The conditions of a DPA vary somewhat and are generally tailored to the crime charged. For example, if a person is charged with retail theft like J.S. was, and have no prior criminal record like her, they are offered a DPA that includes theft related conditions like taking an anti-theft class. If the offense involved drugs or alcohol the person will usually be required, among other things, to undergo a drug and alcohol evaluation and complete any treatment that is recommended. Random drug testing may also be a condition in these types of cases. DPAs for offenses involving disruptive behavior or a minor altercation will often require the completion of an anger management course in addition to other sanctions. Regardless of the nature of the offense charged, community service tends to be a common condition imposed in most diversionary programs. For J.S., I was able to negotiate a DPA that allowed her to earn a dismissal of her case and protect her ability to return to work. It was definitely a good result for J.S.

For people facing a felony charge like M.M., the same type of diversion programs exist. However, in felony cases the program is referred to as a Pretrial Intervention Contract or “PTI”. A PTI is nearly identical to a DPA, with the key distinction being that a PTI is a contract that the Judge must also approve and sign. As with a DPA, some of the terms of a PTI are tailored to the type of case, and successful completion of a PTI results in the case being dismissed. I was able to use all of the good things M.M. had going for him and the contribution alcohol played in his behavior the day of his arrest to get the State Attorney to agree to a PTI that included theft awareness and an alcohol evaluation. The PTI allowed M.M. to stay in school and graduate, start his job, and get his case dismissed.

Diversion programs like DPAs and PTIs are often great resolutions to criminal cases. A person to whom a diversionary program offer is extended has the opportunity to ensure their case is dismissed without having to stand trial. Trials are often expensive, stressful and time consuming, and most importantly, have no guaranteed result. Additionally, a person is typically eligible to have their arrest and case records sealed or expunged if the case is dismissed pursuant to successful completion of a diversionary program.

Next week in Part 2 of this blog we will explore the eligibility requirements of sealing and expunging a criminal record.