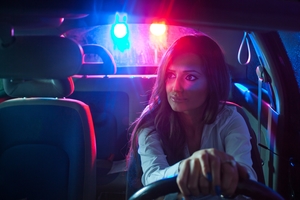 Do you understand your Fourth Amendment right against unlawful searches and seizures? Few people do, and law enforcement often takes advantage of the average person’s ignorance regarding their rights and uses it to perform searches, gather evidence and build cases against them when they would otherwise be unable to do so. In this blog we will discuss the two most common scenarios where you need to protect your rights: In your vehicle, which will be part 1; and, on the street, which will be part 2 next week.

After being stopped for a traffic violation the officer bends down low to get a good look into your car and says, “You don’t mind if I search your car, do you?” This is cop speak for:

Knowing your rights and what to do during the traffic stop can mean the difference between going home and spending the night in the St. Johns County jail.

Is it a legal stop?

Is it a legal detention?

Is it a legal search?

In many cases the officer may not have noticed anything during the stop that gives him or her reasonable suspicion that a crime is being committed, but for whatever reason they get the sense that something is not quite right. In this scenario it is typical for the officer to ask the driver if there is anything illegal in the car. If the driver indicates that there is, they have essentially given the officer all they need to search the vehicle and at the same time made a statement that demonstrates that the driver had knowledge of the contraband. In short, the driver has just voluntarily given the officer everything they need to search for and find the illegal item, arrest the driver for possessing it, and prove the case against the driver in court. It doesn’t matter how much pressure the officer may put on you or how many times they promise you that honesty will result in them not arresting your or going easy on you: DO NOT EVER ADMIT THAT ANYTHING ILLEGAL IS IN YOUR CAR!

If you passed the first test and did not admit to anything illegal being in your car, the officer will typically come at you from another angle. They will ask for your permission to search the vehicle. For reasons I cannot comprehend as a criminal defense attorney, a startling number of people give law enforcement consent to search their vehicle despite knowing there is something illegal inside. It is important to realize that if an officer is asking for permission to search a vehicle it is because he or she probably has no legal basis to do so. If probable cause existed to search the vehicle the officer would not need and would not be asking for permission. DO NOT EVER GIVE CONSENT TO SEARCH YOUR VEHICLE!

Even if you don’t have anything illegal in your car, consenting to a search is not a good idea. I have spoken to many people over the years who call me wanting to sue a police department for vandalism or damages. They tell me stories of officers literally tearing apart the interior of their cars, pulling the side panels off their doors, and destroying their trunks looking for something illegal. When the officers don’t find anything, the people are free to go, but their vehicles have been badly damaged by the search.

Is it a legal detention still?

As you would expect, if you have passed the first test (no admissions) and the second test (no consent) the officers start to get upset. How dare a driver know their rights! At this point a common threat is that if the driver does not come clean and / or give consent to search the vehicle the officer will just call in a drug dog. This causes a large number of people to panic and give consent to search, or in some cases even admit the contraband is in the vehicle. Don’t be one of those people.

The answer to the initial question is FALSE, detaining a driver for longer than is necessary to issue a traffic infraction or warning to allow a canine unit to arrive will generally be an unlawful detention and the resulting search will be deemed illegal. The exception to this is when it is a canine unit that makes the stop, and the dog is thus already on scene. However, this is a rare exception as most canine units are not on traffic patrol.

If law enforcement conducts an illegal search of a person’s vehicle, anything discovered during the search is inadmissible and may not be used as evidence against that person in a criminal proceeding. This is known as the “Fruit of the Poisonous Tree Doctrine” in criminal law.

Remember to Just Say NO!

No Admissions. No Consent to Search. And if your interaction with law enforcement results in your arrest, make No Statements and contact the Albaugh Law Firm immediately for help.