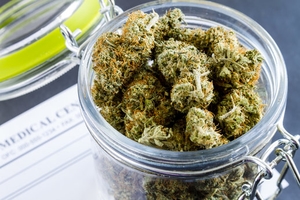 This November, Florida is on schedule to vote on a constitutional amendment legalizing medical marijuana. Though past initiatives have been narrowly voted down, experts are optimistic that the measure, named Amendment 2, will pass by the required supermajority.

Many counties have already begun preparing for legalization’s likely victory in November, moving toward decriminalizing possession by individuals and changing zoning policies where relevant in order to accommodate future retail sites. In fact, Florida’s first dispensary has already opened this month in Tallahassee, under a CBD program passed in 2014 by a vote of the legislature.

If Amendment 2 passes, this will mean lots of changes for patients, consumers, purveyors and processors within the cannabis space. Let’s take a look at some of the immediate and long-term effects of medical marijuana implementation in Florida.

For current consumers of cannabis living in Florida, now is a good time to determine whether or not you will be eligible for the new medical marijuana program. Read the full text of the proposed initiative to familiarize yourself with the rules. Remember, in some counties, penalties will still apply for individuals caught with marijuana without a medical card.

By November, many patients in need will achieve legal status for their treatment. Much of what Amendment 2 will bring forth is still up in the air. What’s certain is that Florida’s cannabis industry is finally ripe for growth as the state moves toward this historic vote.

Remember that cannabis consumption is still illegal under Florida state law. If you find yourself facing possession or other drug crime charges in St. Augustine or Jacksonville, please contact our firm to schedule a free consultation.

By Albaugh Law Firm | Posted on August 1, 2016
« Am I Entitled to Alimony in Florida?
Using Chapter 13 Bankruptcy to Recover Your Repossessed Vehicle »