Close Menu
+
Jacksonville & St. Augustine Lawyers > Blog > Criminal Defense > What to Do If You Are Charged with a Drug Crime

What to Do If You Are Charged with a Drug Crime 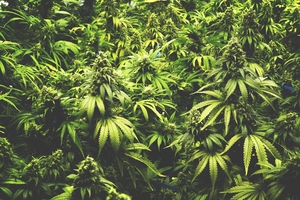 Although the Florida Office of Drug Control says that over $300 million has been invested in drug control programs statewide, there were still 1,553 arrests for drug-related offenses in Bay County in 2013. In fact, illegal possession of controlled substances are of special concern to law enforcement. According to The Office of Drug Control, cocaine is the number one drug threat to the state of Florida.

Common drug offenses in the state of Florida include:

Being arrested for a drug crime can have a devastating impact on your reputation and future. Potential consequences include jail time, expensive fines and probation, suspension of your driver’s license, and a criminal record that could have a negative effect on future employment and career opportunities. This is why it is important to get legal assistance as soon as possible if you have been charged with a drug crime.

By Albaugh Law Firm | Posted on January 4, 2018
« Does Bankruptcy Eliminate My Student Debt?
5 Types of Bankruptcy »