Close Menu
+
Jacksonville & St. Augustine Lawyers > Blog > DUI > Do I Need a DUI Attorney If I Was Barely Over the Legal Limit?

Do I Need a DUI Attorney If I Was Barely Over the Legal Limit? 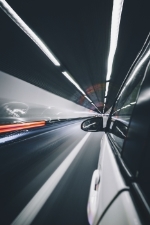 In all states, it is illegal for any noncommercial motorist to drive with a blood alcohol concentration (BAC) level of 0.08% or greater. Commercial drivers are “legally intoxicated” with a BAC level of just 0.04%. Drivers under the age of 21 will be over the legal limit set by the state’s own laws; in Florida, the legal limit for minors is just 0.02%. Being pulled over with a BAC level over the limit will result in a DUI (driving under the influence) arrest.

Many drivers who are arrested for a DUI but had a BAC level just barely above the legal limit wonder if they need to take their DUI case seriously. This is especially true of drivers who are facing a first-time DUI and have an otherwise clean driving record. After all, the prosecution will not be too concerned with someone who had a relatively low BAC level, right? Not necessarily.

A prosecutor that racks up DUI convictions or plea deal victories can build a reputation in the county or courthouse as the go-to prosecutor. Although you might not ever think about it, reputations among litigators are big deals. People known for winning may eventually land newsworthy cases that boost their reputation or law firm even further.

If your case does go to court, you should expect the prosecution to want to land a win. Not hiring a DUI defense attorney to act on your behalf and shield your rights will make you look like an open-shut case to the prosecutor, who may then decide to increase their own efforts even further. On the other hand, if your DUI case just goes before a judge, not preparing a defense case with a lawyer will probably influence that judge to just place any amount of penalties on your shoulders in a hurry and bring in the next defendant.

DUI Arrests Under the Legal Limit

There really is no DUI arrest that is taken more seriously than the next based on the defendant’s BAC level at the time of the arrest. If your BAC level was 0.01% over the legal limit or 0.10% over the legal limit, it is still legally intoxicated in the eyes of the law. Furthermore, you do not even need to be over your legal BAC limit to be arrested for a DUI. A police officer can make a DUI arrest so long as the suspect has any alcohol in their system and was driving in a way that suggested impairment, such as recklessly driving or speeding. To this end, a DUI case with a BAC level of just 0.03% is just as serious as a DUI case involving a BAC level of 0.09%, for example.

You also need to seek a Florida DUI defense attorney’s assistance no matter the details of your DUI case since the penalties for a DUI conviction do not make a positive distinction between one BAC level and the next. The only time BAC level is considered is if you were arrested with a BAC level higher than 0.15%, which would greatly escalate the potential penalties. Most notably, if you get convicted for a DUI, no matter how “barely illegal” your reported BAC level, your regular driver’s license will be suspended, usually for at least six months but it could be for several years if you have multiple DUIs on your record.

Want to know more about how to protect yourself from DUI charges in Florida? Contact Albaugh Law Firm and talk to our St. Augustine and Jacksonville DUI defense attorneys about your case. With our assistance, you may be able to keep your driving privileges and good name. Call 904-471-3434 now.

By Albaugh Law Firm | Posted on October 15, 2017
« How Long Will a Juvenile Crime Stay on My Child’s Record?
Florida’s Statutory Rape Law »