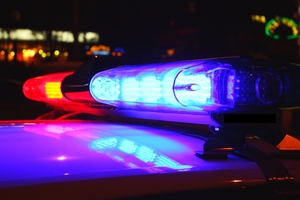 Teens and other youths can be charged both criminally and civilly for a crime they have been accused of. If a juvenile is charged with a criminal offense, they can face the possibility of jail or prison time, as well as expensive fines. Civil charges also have substantial consequences. If the juvenile is 17 or older, they will be treated as an adult, and the charges against them will remain on their record for the rest of their life. If the accused is under 17, they will usually be treated as a juvenile, except in extreme circumstances. Juveniles who commit crimes can face both felony and misdemeanor charges. The penalties for these offenses include:

When a juvenile is charged with a crime, either civil or criminal, it will affect their entire life. If the crime they are charged with ends up on their permanent record, it can significantly affect their ability to get a job, go to college, or obtain a driver’s license. Drug offenses are particularly damaging for juveniles because these charges make a person ineligible for federal student aid.

The time that a juvenile spends in jail, adhering to probation, and performing community service will alter their daily routine and affect their family, school, and social lives. Dealing with the demands of probation and having a criminal record can substantially affect every aspect of a juvenile’s life.

Common charges that juveniles face include:

Juveniles should always assume that anything they do can be proven in court. Although young people tend to think they are invincible, it is important for parents to reinforce the consequences of being charged with crime and the negative effects a criminal record can have on a juvenile’s future.

At the Albaugh Law Firm, we understand how scary it can be for a parent with a juvenile accused of a crime. From driving offenses to drug crimes, we have handled numerous juvenile crime cases and we are prepared to defend the rights of your child. Our skilled team of attorneys have the resources and knowledge that you need to secure a favorable outcome. Let us fight for you today.

Contact our St. Augustine juvenile crimes lawyers to set up your free consultation with our legal team.

By Albaugh Law Firm | Posted on May 15, 2018
« Can I Keep My Tax Refund If I file for Bankruptcy?
What to Look for in a Bankruptcy Attorney »