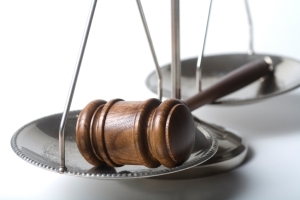 A federal judge declared that the process for restoring voting rights to felons in Florida is unconstitutional. In a strongly worded ruling, U.S. District Judge Mark Walker said the disenfranchisement of felons who have served their time is “nonsensical” and violates the First and 14th Amendments of the Constitution.

While the majority of U.S states don’t allow people who are serving prison sentences to vote, only Florida, Iowa, Kentucky and Virginia do not automatically restore voting rights after a person has completed their criminal sentence.

Walker, who was appointed during the Obama administration, condemned Florida’s requirement that a person with a felony conviction must “kowtow” to a partisan panel known as the Office of Executive Clemency. According to Walker, “[Elected], partisan officials have extraordinary authority to grant or withhold the right to vote from hundreds of thousands of people without any constraints, guidelines, or standards.”

Speaking more about the Office of Executive Clemency, Walker stated, “”Its members alone must be satisfied that these citizens deserve restoration. … The question now is whether such a system passes constitutional muster. It does not.”

Walker’s ruling is largely seen as rebuke of Republican Gov. Rick Scott. The Tampa Bay Times reported that “Scott was the principal architect of the current system that requires all felons to wait at least five years after they complete their sentences, serve probation and pay all restitution, to apply for [the] right to vote and other civil rights.”

One clemency hearing in which Scott announced the panel “can do whatever we want,” was cited by Judge Walker as evidence of the arbitrary nature of the Office of Executive Clemency. He also cited the case of Steven Warner who admitted to voting illegally in the 2010 election. However, when he admitted to Scott that he voted for him, he was promptly granted the restoration of his voting rights.

Gov. Scott’s spokesperson, Jon Tubbs, released a statement that defended the current system and hinted at the possibility of an appeal. “The Governor believes that convicted felons should show that they can lead a life free of crime and be accountable to their victims and our communities. While we are reviewing today’s ruling, we will continue to defend this process in the court.”

The current system used in Florida was implemented in 2011 and “reversed a policy under which many felons, not including murderers and sex offenders, had their rights restored without application process and hearings.

The lawsuit was brought on behalf of nine felons by voting rights group, The Fair Elections Legal Network. Roughly 1.5 million Floridians are currently ineligible to vote because of previous felony convictions.

However, Florida elections officials approved a November ballot measure that if passed, will return to the pre-2011 system that would automatically restore voting rights to convicted felons who have completed their sentences, with exceptions for murders and serious sex offenders.

Are you a convicted felon? Do you have questions about restoring your voting rights? We can help. Contact our St. Augustine team of criminal defense attorneys to request a consultation today.

By Albaugh Law Firm | Posted on February 2, 2018
« 5 Types of Bankruptcy
Rebuilding Your Credit: Credit Cards to Use After Bankruptcy »