What Everyone Needs to Know About DUI – Part 1: Lights & Sirens 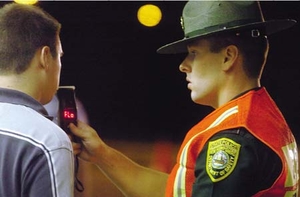 As a criminal defense attorney, the second most common question I get asked is, “What should I do if I have been drinking and get pulled over?” The truth is that it depends, and even after practicing criminal law for over 16 years and having conducted over 40 DUI jury trials as a prosecutor and defense attorney, my own mind would be spinning if I found myself in that situation. Over the next few weeks I will discuss the many aspects of a DUI while offering real life examples to illustrate my points in this 3 part blog series.

While much of what I will offer can apply anywhere, most of my references will be to St. Augustine and Northeast Florida, where I practice. My hope is to answer some common questions about DUI, give some advice about what to do if you ever find yourself facing one, and provide some entertaining stories along the way. So let’s get started.

Fact: The best way to avoid a DUI is to not drink and drive.

Sorry, I had to say it. Of course no one ever intends to get arrested for DUI, but the reality is that DUI is the most common “first offense” people without any criminal record commit. Many former clients of mine have also reported never even receiving a traffic ticket before their DUI arrest. I believe this is what makes DUI such a hot topic with people.

Fact: It is really rare to get arrested for DUI if you never get stopped.

I am not suggesting you should lead the officers on a high speed chase own Interstate 95 to try and get away, but to rather take some steps to minimize the reasons they have to stop you. For instance, remember to turn on your headlights when you leave Local Heros bar, the new Salt Life restaurant, or your friend’s house. Make sure all the lights are working on your car. Broken taillights and license plate lights are favorite “reasons” officers use to pull people over. Don’t speed. Don’t drive too slowly. This is another favorite reason to stop people. Make sure your tint isn’t too dark. Always wear your seatbelt. You also want to avoid hitting curbs, swerving within your lane, and crossing into the lanes of oncoming traffic! Sober or not, no one is a perfect driver, and the odds are that we all will be pulled over at some point for some real or made up violation.

A prior DUI client reportedly drove for 2 miles down A1A through St. Augustine Beach with an officer following her with his lights flashing and siren going. According to the report, she appeared “legitimately surprised” to see the officer standing in her driveway when she opened her car door. Assuming you have better hearing and eyesight than she did, few things get the adrenaline pumping like seeing flashing lights come on behind us, or hearing a siren scream to life whether or not we ever saw the police car. Now add to the mix that you have had a few, or a few more, adult beverages, and you are facing a real challenging situation.

As we discussed before, officers have many reasons to justify stopping someone. The first thing you need to recognize is that the officer is logging every action you take and don’t take from that moment on. Whether or not you stopped at the first “safe” location; hit your breaks too hard; sped up at all; parked correctly; turned your car off or left it running; remembered to use your turn signal to pull over or turn off the road and then turn it off once you do park; and, put your car in park. Some of these may seem obvious, but when you are under the stress of the situation you would be surprised at what can happen. One client was on a motorcycle and when he stopped he forgot to put down the kickstand when he got off the bike and it fell over. Another client forgot to put her car in park and it started to roll away when she was asked to get out of her car. It may have just been nerves, but both police reports in those cases attributed the failures to alcohol.

Personally speaking, if I ever find myself pulled over and I have been drinking, here is what I will do. Get my driver’s license, registration, and proof of insurance together as quickly as possible. Crack my window as little as possible and slide those documents out to the officer. My hands will otherwise remain on the steering wheel and I will be looking straight ahead. Doing these things requires the officer to make a decision. Does he accept my proper documentation, write me a citation or warning for whatever traffic offense he stopped me for, and send me on my way, OR does he demand that I take further action that can later be argued to be unlawful.

Fact: Officers who believe you are under the influence are looking for ways to back up their belief.

Just to name a few:

As you can see from the list, if you provide the required documents and do not otherwise interact with the officer, you limit their ability to support their belief you are under the influence and move forward with a DUI investigation. You are also laying the groundwork for a motion to suppress which can limit the evidence the State Attorney has to use against you at trial.

In one of my first DUI trials as a prosecutor the defense attorney told the jury that his client had been at a pool party the afternoon of the arrest. He had been swimming and the chlorine from the pool made his eyes red. He had one beer which made his breath smell like alcohol. He had just heard a sad ballad on the radio that reminded him of his dear mother back in Nicaragua that made his eyes water. And, drum roll please, the burrito he had just bought was steaming hot and dropped into his lap as he was driving and made him swerve all over U.S. 1. Very creative and entertaining I must admit. But the jury still convicted his client.

Help me help you is all I am saying. Next week we will look at the situation where a person is stopped by an officer after drinking and is asked to perform field sobriety exercises. Should you do them? Is it possible to do them correctly? Check back next week and find out. In the meantime, call us if you find yourself needing experienced criminal defense representation in St. Augustine, or the rest of Northeast Florida.