What Everyone Needs to Know About DUI – Part 2: Field Sobriety Tests 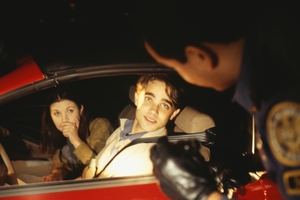 Want to have some fun at the next party or BBQ you host? Set up some DUI Field Sobriety Exercise stations for your friends and get out your video camera. You don’t even need alcohol.

Last week in Part 1 of this blog on what everyone needs to know about DUI, we discussed how a DUI investigation typically begins in one of two ways:

If the officer observes some of these, or other, signs of impairment exhibited by a driver that officer may temporarily detain the driver to perform a DUI investigation. Today we will pick up from there and assume that the officer is moving forward with their DUI investigation and has asked you to get out of your car and perform a series of field sobriety exercises.

Fact: I have reviewed thousands of DUI reports in my career in criminal law and have not seen a single report where the officer determined that the person performed the field sobriety exercises “satisfactorily” as required. There is a rumor that a gymnast from the University of Florida was able to perform them, but I have not personally seen that report.

Given those worse than Vegas odds, if it is me, I remain seated in my car, looking straight ahead, with my hands on the steering wheel and my mouth shut. (See part 1 of this blog if you missed it.) Knowing that all of you may not take this advice and because you still need to know how to set up your field sobriety exercise stations for your friends, I will tell you about the most common exercises used and how they are supposed to be performed.

In theory, Field Sobriety Exercises supposedly can be performed by the average person and are designed to either confirm or dispel an officer’s suspicions that a person is driving under the influence. In actuality, these exercises involve complicated and unnatural tasks that are difficult for many people to perform, regardless of whether they have been drinking. Further, the person being investigated is usually required to perform these exercises under less than ideal conditions, such as on the side of a road, in a dark parking lot, or even wearing flip flops. Add that everyone performing the exercises knows the stakes and is nervous and a bad situation just got worse.

In Florida, four types of FSEs are typically used (also referred to as “stations”):

HGN is an exercise where the person investigated stands with their arms at their side and their head still and is asked to follow a stimulus (usually a light or pen) using only their eyes. The stimulus is then moved horizontally as the officer observes the person’s eyes. The officer watches the person’s eyes looking for “the onset of nystagmus”. In layman’s terms, nystagmus is a sort of “bouncing” of the pupil and it occurs naturally when the pupil is ninety degrees from the center of the eye in either direction. Nystagmus will be present in a person who is impaired by alcohol prior to the pupil reaching ninety degrees from center, and a trained officer will be able to tell a great deal of information regarding a person’s impairment depending on when that officer first observes nystagmus (for example, at sixty degrees instead of ninety). Some people have natural nystagmus, so see if any of your friends fall into that category.

The second commonly used FSE is the walk and turn. During this exercise the person is asked to stand heel to toe (one foot in front of the other) at the beginning of a line with their arms at their side. Try just doing this part; it isn’t as easy as it sounds. The person is then instructed to take nine steps, staying on the line and touching their heel to the toe of their other foot, while counting out loud and keeping their arms by their sides. Did you get all those instructions? Just wait, there are more. After taking nine steps the person is instructed to turn around using an awkward series of small steps and take nine heel to toe steps back down the line still keeping their arms at their sides. I just fell of the line on step 4 and quit. The officer is looking for you to do anything wrong: Beginning too early; stepping off the line; taking the incorrect number of steps; raising your arms; and, asking them to clarify the instructions. All of which will be counted against you in their report.

Make sure the video camera is ready for this one. During this exercise the officer instructs the person to stand with their feet together and their arms outstretched like a cross. The person is then told to tilt their head back and close their eyes. The officer will then say “right” or “left”, and the person must then touch the tip of their nose using the tip of their index finger on their left or right hand. After touching the tip of their nose the person is to return their arms back out to their starting position. Again, starting too soon, not touching the absolute tip of the nose with the absolute tip of the index finger, swaying, moving your feet apart for balance, opening your eyes, are all counted against you.

As the name indicates, during this exercise a person is asked to stand on one leg for a specified amount of time. This exercise begins with the person standing with their feet together and their hands at their side. When instructed by the officer, the person is to raise their foot off the ground six to eight inches, while pointing their toe, and focusing their eyes on the tip of their toe. They are then instructed to count to thirty beginning “one one thousand, two one thousand” until reaching “thirty one thousand”. See how far you can get without putting your foot down or raising your arms to help balance. Any balance bobble or sway is counted against you, as are all the other common mistakes described above.

In a well-lit, level, parking lot, without the nerves and wearing your cross fit shoes, how well can you perform the exercises sober? What about after 3 drinks, which for the average person is still below the legal limit? You can see now why the odds are so stacked against someone “passing” the field sobriety exercises. Worse yet, their performance just gave the prosecutor more evidence to convict them with if the case goes to trial.

Jury members are told that they are not to conduct any investigation on their own, and I don’t condone jury members breaking the rules. That said, I have to tell this quick story. While I was still in law school a close family member found themselves selected to sit on a criminal DUI jury. The driving wasn’t that bad and the person had refused the breath test. The crux of the case came down to the field sobriety exercises. This family member listened as the officer described how the exercises were to be performed and how the defendant had failed to complete them as instructed and demonstrated. The prosecutor followed up with a demand that a guilty verdict be returned. When the jury went in to deliberate my family member excused themselves to the restroom. They then tried to perform the field sobriety exercises as the officer said they needed to be performed. Needless to say, they could not come close and returned to deliberations to advocate for a not guilty verdict. We must do what we can to protect ourselves because we cannot all count on a juror like this to point out the flaws in the system that stacks the deck so substantially against someone accused of DUI.

Should you agree to do the field sobriety exercises?

I had one case where the officer asked my client to do one final field sobriety exercise. He had him stand with his feet together, hands relaxed at his sides, eyes closed, and head tilted back. Then he placed him in handcuffs. My experience as a criminal defense attorney suggests that no matter how athletic you are, or how little you have had to drink, this too will be your fate if you find yourself to the point of doing field sobriety exercises.

Whether or not you chose to perform the field sobriety exercises you now find yourself arrested for DUI. Do you take the breath test? Next week we will discuss this issue as we finish up with what everyone needs to know about DUI.